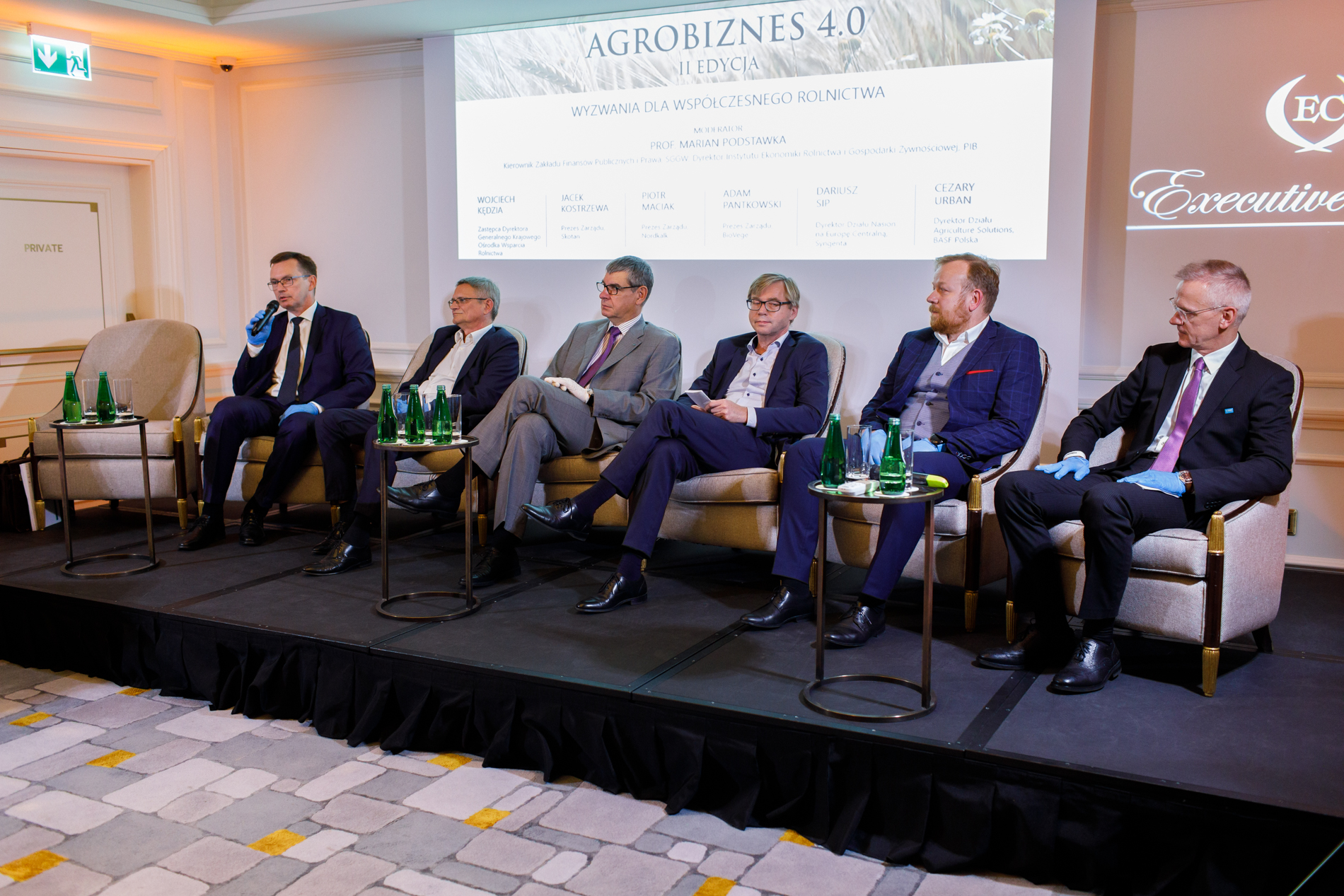 On June 30 at the Bristol Hotel in Warsaw we have organized a debate “Agribusiness 4.0”, that gathered a group of experts from the agricultural sector in Poland. The meeting was held under the Honorary Patronage of the Ministry of Agriculture and Rural Development. During the event all necessary precautions were taken.

The debate was inaugurated by a special guest who was Tomasz Nowakowski, President of the Agency for Restructuring and Modernization of Agriculture. In his speech, he emphasized the role of digitization as part of the areas of the „Agency 4.0” strategy. The full electronic document circulation has been mentioned as the main goal to be achieved this year. An important novelty, which will appear in July as a pilot in three provinces will be a mobile application. It aims to reduce the need to appear in the branches of the Agency. If the implementation of this solution is successful, it will be available in all parts of the country since September. The Agency’s long-term plans also include the use of artificial intelligence and machine learning, which will help, among others in the verification of buildings and plants on the farm.

After this speech, there was time for a panel discussion moderated by Professor Marian Podstawka, lecturer at the Warsaw University of Life Sciences and the Director of the Institute of Agricultural and Food Economics. The discussion was attended by:

During the substantive discussion, invited speakers raised the most current issues related to challenges for agribusiness, the impact of new technologies on the industry and the possibilities of financing agriculture. The challenges listed include no pH regulation in soils (this applies to 65% of soil in Poland), soil sterilization and lack of biodiversity. A big challenge for modern agriculture is also the trend according to which consumers want fruit and vegetables to come from local suppliers, which changes the way companies operate from global to local. On the other hand, agriculture is a very large recipient of new technologies. There are innovative solutions such as biodegradable foils that prevent weed growth. Collecting, analyzing and making use of data is commonplace, which will further enhance the development of the 5G network. Another important subject of the debate was the relationship between profit from agriculture and the impact on the environment. Summing up, the panelists together emphasized that the company should be managed in such a way that there is no contradiction between profit and health and environmental protection.

The entire debate is available on Youtube at this link